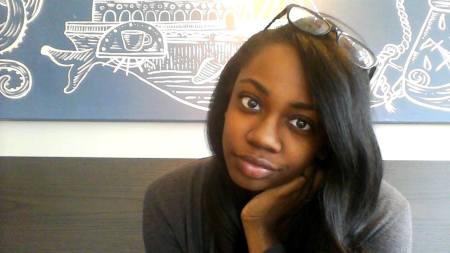 Hundreds of thousands of people in New Jersey are out of work because of the pandemic, including me.

BLACKWOOD – The COVID-19 outbreak has forced many people into adjusting to life at home. Many out of work have had to find ways to cope with this major change. That includes me – going from a workaholic always on the go to a student with nothing but time on their hands has not always been easy.

I have been working since I was 17. Until this point, there was never a time in those five years that I haven’t had at least one job. Friends and family often joked about how often I worked, dubbing me a workaholic from time to time. But as COVID-19 has left many South Jersey businesses closed, I have been out of work and full of time.

Before the outbreak, I was a shift supervisor at two popular fast-food chains: Starbucks and Chick-fil-A. My work week could easily consist of more than 40 hours a week between both jobs. Both of the stores I worked in were located in malls and subsequently, one of the first ones to get hit financially as the state encouraged people to practice social distancing and stay home. It was so odd to see how empty and desolate the mall became in a matter of days, to the point where we even questioned the people still going out and making purchases.

Once the malls officially closed and I was home, it was a welcome change from my self-inflicted work schedule. While it was nice to have this much time at my disposal, the downside of being out of work was quickly apparent once my paychecks from that initial week came in.

Starbucks, being a corporately owned company, allotted money called “catastrophe pay” or “disaster pay” for their employees for situations like COVID-19 that were out of employees’ control and negatively affected their ability to work. This pay is made up of an average of the number of hours you worked per week there. I had split my time evenly between Starbucks and Chick-fil-A, so I was receiving only about 20 hours a week worth of CAT pay. Chick-fil-A restaurants are usually not corporately owned but a franchise, which means they would not have this option available. Going from a 40-hour-a-week paycheck to a 20-hour weekly paycheck was a financial transition I was not prepared for.

To offset this, I went through the unemployment claim process. New Jersey received 718,000 unemployment claims between mid-March and mid-April, according to the state Department of Labor and Workforce Development. This process has always been notorious for taking a while to process and even longer for those who have had multiple jobs during their base year, like me. The state is offering people an additional $600 a week, which is a significant boost to the unemployment benefits most people qualify for.

Everyone’s claim process is different. My claim took nearly a month to process before it was filed and I received unemployment benefits. A friend of mine claimed and it took only a week.