At the time of the move in 2015, advisement was getting negative comments on Facebook and in conversations and college officials became determined to improve the service. In 2016, prompted by many comments on the Blackwood campus’s Facebook page, faculty members met to figure out how to boost the satisfaction rate among students. A year later, students said it’s having an effect.

“As long as you come in prepared … you’ll be better off and your time with your adviser will be more productive,” said liberal arts major Joshua Wiggins. Wiggins said in the year he has been attending CCC, he has never had a problem with advisers but felt he was more knowledgeable about course information than the advisers were.

Danielle Silverstein, who has been a student at CCC since fall 2015 and remembers when the advisement center was being moved to Taft Hall, said she “can’t see much of a negative” since the move to Taft Hall. She said the new building “gives off the atmosphere of a new beginning.”

At the advisement center, a student can expect to get help with choosing a major, course requirements, pre-professional-programs, professional and personal development and any questions or concerns, according to the CCC website. The advisers are committed to helping students understand their degree audit, answering WebAdvisor questions, identifying and achieving students’ academic and personal goals, giving useful resources and guiding students to seek and accept academic challenges, according to the website.

Theater major Jordan Chester transferred to CCC from Cumberland County College. Chester, an NJ Star student in her second semester at CCC, has access to two advisers, although she says she would prefer to have one adviser.

“I like the way it runs … never really had a problem,” she said about the advisement center. 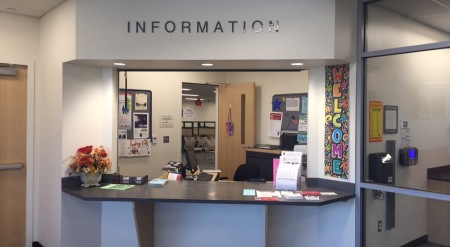