Nineteen-year-old Camden County College student Jess Nowacki pursues a career in nursing, the same field both her parents have worked in since moving to the United States from Poland. She balances school, work and family as she prepares for her future. 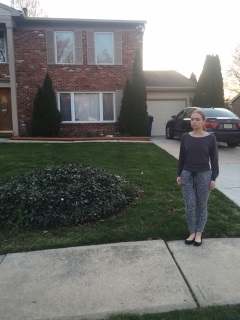 Nowacki steps out of her car after returning from CCC.

Despite having numerous responsibilities, Nowacki is foremost concerned with her school work. She graduated from high school in North Jersey with a 3.4 grade point average, is enrolled in five courses for the spring semester at Camden County College and has signed up for summer courses as well. “She is very motivated,” her mother, Marta Nowacki, says. “(She) always worries and then takes that worry and directs it into school work.” 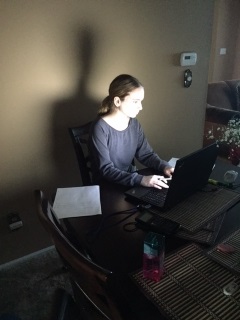 Nowacki goes online to check in for work.

PAYING HER WAY THROUGH SCHOOL

In an effort to reduce the cost of tuition, Nowacki has begun her education at Camden County College but will soon transfer to Rutgers University. She also works a part-time job as a customer service representative, which allows her the flexibility to work from the corporate office or from home. 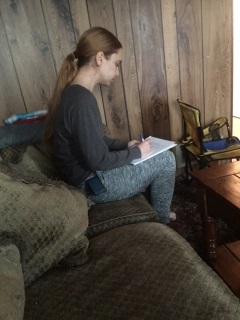 Nowacki writes in her notebook as her sister plays in the other room.

After her classes end, Nowacki heads home to watch her 8-year-old sister. Her parents are both employed full-time as nurses and their occupations require them to depend on Nowacki to care for her sibling. However, Nowacki does not see their hectic work schedule as a burden. “I’ve seen them pushed to exhaustion but I’ve also seen how much fulfillment they get. I respect what they do and want the same for myself.” 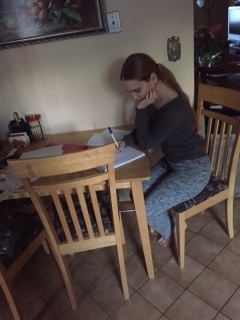 Nowacki compiles an outline for her resume.

LOOKING TO THE FUTURE

Nowacki has begun the process of applying for internships. She envisions gaining employment directly after graduating from a four-year school. She hopes that her future nursing job benefits not only herself, but her family as well. “I want to help my parents pay off some of their debt and I want to help my cousin move to the states. Mostly though I want to help my sister through school one day so that she can have an easier college experience than I’ve had.”