BLACKWOOD – Camden County College will be hosting a mini-course consisting of five weeks of lectures about the history of professional baseball in Philadelphia.

Professor Jason Love will be teaching this mini-course. “I hope the students will get a better appreciation of the rich history of professional baseball in Philadelphia,” said Love. “At one time Philadelphia had two professional teams – the Athletics and the Phillies. The Athletics left after the 1954 season but they won five World Series while they played in the city. The Phillies have been in Philadelphia for over 100 years. Both teams had numerous Hall of Fame players including Eddie Collins, Jimmie Foxx, Grover Cleveland Alexander and Mike Schmidt.”

The mini-course will consist of information about both the players and the ballparks. “The Baker Bowl, Shibe Park (Connie Mack Stadium) and Veterans Stadium all have a unique perspective to them,” said Love. “I will also cover how both the Phillies and Athletics were some of the last MLB teams to permit African-Americans to play for them. I feel their ignorance ended up hurting their chances of winning and also alienated the fan base.”

Paige DuBois, a student at the Blackwood campus, said she was interested in the idea of the mini-course and will consider attending. “My dad is a huge Phillies fan and we watch a lot of the games together. I feel like this mini-course could give me a lot of background on the team’s history and it could also give me something to talk about with my dad while we watch the games. Maybe I can teach him something he doesn’t already know.”

Love said he believes the students will be able to relate to the mini-course. “Anyone that enjoys baseball realizes it is an important part of our country’s history. Even though the NFL is more popular now, I think baseball still means a lot to people. I hope the students share their own experiences with watching the game and tell stories about visiting the ballparks.”

The mini-course on the history of professional baseball in Philadelphia will take place from 6:30 to 9 p.m. on Nov. 10, 17, 24, Dec. 1 and 8 in Room 105 of Madison Hall on the Blackwood campus. The course costs $25, or you may become a member of the Center for Civic Leadership and Responsibility for $50 and take unlimited courses from Sept. 1 to Aug. 31. Instructions on how to register can be found at http://www.camdencc.edu. 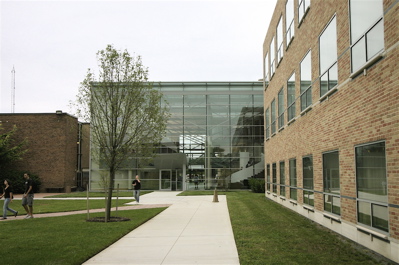