BLACKWOOD – On Sept. 29, Camden County College announced its partnership with Rutgers University-Camden. Much information has been shared about the agreement between the two schools; however, many are wondering, what does the partnership mean? 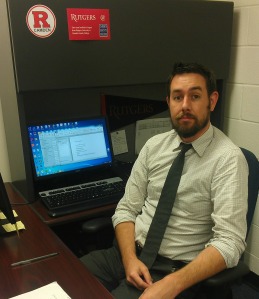 According to camdencc.edu, “As long as the student completes a Camden County College associate degree and satisfies program-specific requirements, he or she will gain admission to Rutgers–Camden. CCC students who meet all admission criteria for their selected programs also will be given priority access as transfer students over students applying from other institutions of higher education.”

The partnership will help students from Camden County College receive their baccalaureate degrees in the several dozen arts, sciences and business programs offered by Rutgers-Camden while being able to stay close to home and work. Neither tuition nor book prices will rise for current students at CCC.

Yannuzzi stated he believes renovations could be in the future at CCC. He wants Rutgers faculty to have a building on CCC grounds.

Vanessa O’Brien-McMasters, associate dean of curriculum and assessment at CCC, goes through thousands of transfer requests each year. “If we were to see a major that has become more popular in the next few semesters, then we would hopefully add that to the list” of those covered by the agreement, she said. She gave criminal justice and the arts as examples of possible additions.