This game against the Roadrunners was the second of a five-game home stretch for the Cougars. The Cougars went into this game with a 19-12 record while the Roadrunners sat at an impressive record of 26-6, according to the Camden County College baseball program.

Dr. Peter DiLorenzo, the athletic director at Camden County College, said the Roadrunners “are always nationally ranked and they are the national champions almost every year. They are always the team to beat.” DiLorenzo said these two teams are crosstown rivals and so it usually makes for a good game.

The first scoring came in the second inning when the Roadrunners jumped out to an early 2-0 lead. The Cougars kept the Roadrunners scoreless in the third while also scoring two to tie the game 2-2 after three innings. Three runs in the fourth and two in the fifth by the Roadrunners made it a 7-3 game after five innings.

After the fifth, the momentum swung the other way as the Cougars scored one run in the sixth and five runs in theseventh to make it a tie game at 9-9. The game came down to the last inning, when the Roadrunners earned two crucial runs to take the 11-9 win on the road.

After the game, DiLorenzo said the Cougars did some things well in the game despite the loss. “They strung together hits and knocked the starter out of the game, which put pressure on the bullpen.”

The loss dropped the Cougars to a 19-13 record while improving the Roadrunners’ record to 27-6. 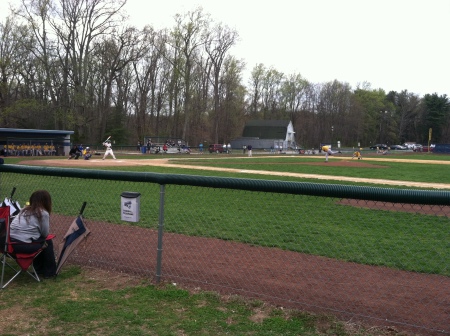