James D. Patrick is a man of reserved talents, theories and the ability to speak of wisdom to anyone. 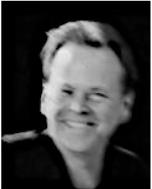 With a master’s degree in theater from Villanova University and a bachelor of arts degree in English from Western Maryland College, Patrick has been a teacher for more than 40 years. While working at Sterling High School, the home of the Blue and Silver Knights.Patrick taught advanced placement and honors classes, instructing students about Shakespeare, drama and film.

Patrick has also been a director for 38 years. He has directed for multiple stages, such as The Ritz Theater Co. and Interact. His directing career has taken him through more than 65 productions and he aspires to go through many more.

He has also been an actor. He started his acting career at Villanova, then moved on to Interact in New York.

Nicole M., a student in his public speaking class in the fall, said she liked his teaching style.

“I enjoyed the class very much. I got to go outside the line and talk about what I wanted to and not follow what other people were doing, and still be accepted by the teacher,” she said.

She said she would recommend Patrick as a teacher.

“He was a great teacher. He didn’t judge you by what you thought or how you felt about something, and if he did he didn’t show it. You don’t find many teachers that are like that with all of their students,” she said. “Mr. Patrick is a reasonable man and he knows a vast knowledge of information that he recalls upon almost every day.”