“There’s a lot of really good music but you need to work really hard to find it.” Since the fall of 2009, Jamie Myerson has been the manager of Camden County College’s 91.5 WDBK radio station. What students may not know about Myerson is he owns and operates a recording studio in the Blackwood area.

Starting as an adjunct in Camden County College’s music department, Myerson has already had a lifetime of experience working with music on both the East and West Coast. At 25 years old, Myerson had moved out to Los Angeles working as a sound engineer. “L.A. was more of a philosophical experience, there was no end, it was just a constant of work and no fun.”

Of the time Myerson had spent in L.A. the most notable run-in he had was when he worked the sound for a pre-“ELF” Zooey Deschanel. “You never know who someone is going to become, be careful how you treat someone, like Zooey, they could become huge stars.”

One of Myerson’s current clients is Rap/EDM artist Ryan Banks, who has a connection to the VH1 show Mob Wives. Of the music genres Myerson produces, electronic is the genre he works with the most. When asked about the difficulty of becoming a music producer, Myerson explained because electronic music was his personal preference, he just happened to break into the recording business at the right time. “The timing was very good; electronic music had just been around long enough that it hadn’t taken off to be as popular yet. It’s one thing to get in the door, it’s another to keep it going.”

Opening the studio was not an easy process for Myerson, however. Myerson had spent years going back and forth with Gloucester Township just to be able to open his studio. “It’s been a ton of money over many years, I don’t know the exact amount but it’s more than I want to think about, a lot of time that had nothing to do with music was spent.”

Myerson says he is happy with his current location after his time spent in Los Angeles. “Being here I’m close to Philadelphia and New York. I get to live in a quiet place, but with worse weather.”

Working since he was 13 years old, Myerson has spent his academic career at Washington Township High School in the Class of 1993, Gloucester County College and the University of Hartford. Myerson went straight from school into music production. 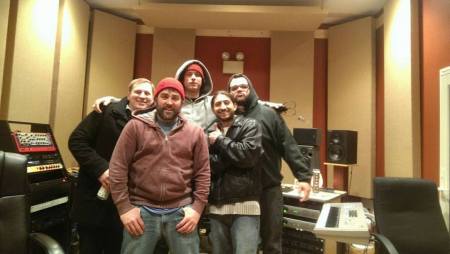